When Does Contract Manufacturing in Mexico Make Sense? 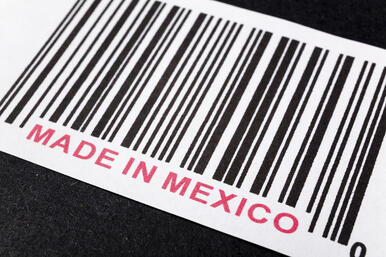 When you start to look for a contract manufacturing partner for cable assemblies, wire harnesses, and electromechanical sub-assemblies, you have to consider a number of different criteria. One of the most important but often misunderstood is the country in which production will take place. The location, perhaps more than any other single factor, will affect the overall cost. Asia has been one of the most sought after locations for production because it is believed to be the least expensive. However, logistics challenges, quality issues, and rising labor costs in Asia have led to Mexico becoming an extremely attractive option in many instances.

Established in the mid 1960’s, the Mexican Maquiladora Program allowed foreign companies to establish a manufacturing presence in Mexico and take advantage of the lower cost labor force. It was also known as the “Twin Plants”, because of the staging and distribution facilities established on the U.S. side of the border to support the Mexican operation. This program allowed for the duty-free transfer of raw materials so that they could be transformed into finished products for export.

50 years later the Maquiladora program has evolved into one of Mexico’s most important sources of employment and revenue. It is estimated that as many as 1 million Mexican workers are currently employed in this vast manufacturing complex. What started as a program to promote foreign investment and take advantage of low cost, mostly unskilled labor, has transformed into a world class region for high quality manufacturing, skilled labor and productivity. From Fortune 100 corporations to small and mid-sized companies, as many as 3000 U.S. and foreign corporations are capitalizing on this resource. Many products ship directly from the Mexican factory to consumers and end users worldwide. The past two decades have seen a shift from the use of unskilled labor in make shift facilities to a well-trained skilled workforce working in world class facilities with state-of-the-art equipment.

Advantages of Production in North America

The proximity of Mexico to the U.S. has an advantage over other low cost manufacturing regions of the world because transit time for components going in and products coming out is significantly shorter. In addition to the geographical advantage, the import/export process between Mexico and the U.S. has been streamlined over the years, making the transactions quick and relatively painless. During the 1990’s and 2000’s, both the U.S. and Mexico lost jobs to lower cost Asian labor markets. With the continuing rise in Chinese labor rates, quality concerns, and the longer lead and transit times, the last several years have seen a reversal in that trend. The surge in manufacturing jobs returning to North America has highlighted the benefits of keeping the work closer to the source.

The lead time challenges of working in Mexico have been reduced to the point where next day service is not out of the question. To be more competitive with Asian production, the maquiladora manufacturing environment has become much more adept at producing lower volumes with a higher product mix.  Today, a well-managed maquiladora can match production lead times with most any manufacturing facility in the United States.

To highlight the value of using Mexico for production, consider the following:

There are distinct advantages to using contract manufacturers in each of the three different regions discussed in this blog. To determine the best cable and electromechanical contract manufacturing location for your specific situation, you need to consider several different aspects. The following table can help you determine which region best aligns with your production needs.

The most economic region of the world to source cable assemblies, wire harnesses and other electromechanical assemblies depends on many factors including the type of assembly, the quantity to be purchased, and the amount of labor required to build each assembly. Often Mexico is the appealing option because of its close proximity to the U.S. allowing for lead times similar to domestic production and labor rates that are competitive with Asia.

Fred Morr is Senior Operations Manager of RESCO Electronics in Acuna, Mexico, a manufacturer of electronic assemblies and value added reseller of auto ID equipment to original equipment manufacturers. Before joining RESCO in 2011, Fred owned and operated his own company MorrCo Enterprises LLC in Del Rio, TX/Acuna, Mexico, an organization specializing in contract assembly of PCB’s, cables and harnesses and was sold to RESCO Electronics in 2011.

From 2001 to 2004, Fred was General Operations Manager of Sample Group South LLC in Del Rio, TX/Acuna Mexico, a company that manufactures books/cards for the textile and vinyl wall covering industry where he helped build a Mexican corporation and ensured compliance with NAFTA regulations for all US customs transactions. He was also the President of NAFTA, Inc. in Del Rio, TX/Acuna, Mexico from 1997-2001 where he helped them achieve ISO 9002 Certification for Fiber Optic Cable Assembly and restructured the company profile from consignment to turnkey supplier.

Fred studied at the University of Texas, has taken numerous professional training courses, and is fluent in English, Spanish and German. He is married and lives in Del Rio, TX with his wife and children.