Now that we are in the middle of a Presidential campaign the rhetoric is flying on a whole host of issues.  This election cycle the issues of trade, trade agreements, and American jobs have 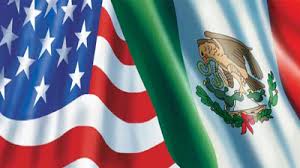 become some of the most hotly debated.   My intent in this blog is not to make a political statement but rather to offer a perspective regarding trade with Mexico that has been all but drowned out by the political fervor.   I want to share with you why I believe that our trade relationship with Mexico has actually helped preserve and perhaps even grow jobs in the US.  Although I will cite a few statistics and comments from experts below, my belief fundamentally comes from what we at RESCO see taking place at many of the US manufacturers that we support.

As of 2013, the trade between the US, Mexico, and Canada (the countries that comprise NAFTA) had grown to more than $1 trillion and more than 14 million jobs within the three countries had come to depend on this trade (Foreign Policy Magazine, Feb 2014).  This represented an increase of 9 million jobs from 10 years earlier.  Also, for every dollar imported into the US from Mexico, 40 cents originated in the US (Epoch Times, Mar 2014).  This compares with only 5 cents of every dollar imported from China originated in the US.

Taken together these statistics show the interdependence of the NAFTA economies and how integrated the supply chain of US manufacturers is with those in Mexico.  It also indicates that in many respects the economies of the US and Mexico are functioning more like players on the same team instead of as competitors.

Mexico as our Partner

In fact, we need to stop seeing Mexico as our competitor and more as our partner…and I don’t just mean trading partner.  Less expensive labor in Mexico is allowing US manufacturers to remain competitive on the world stage.   The reason is easy to understand.  In order for US manufactured products to compete and win internationally, the manufacturing costs must be competitive.  An important strategy to keeping these costs competitive is to source low tech/high labor components from Mexico where labor rates are considerably lower than in the US.  These components are then imported back to the US and incorporated into the final product.  Granted, this trend has sent lower skilled jobs to Mexico but it has allowed the US manufactures to keep higher skilled jobs at home.  And not only manufacturing jobs have been kept in the US.  All those positions that support manufacturing were retained too…managers, planners, buyers, and engineers to name a few.

What the Experts Think

Shannon O’Neal, a Senior Fellow for Latin American Studies at the Council on Foreign Relations and a recognized expert on this subject has had the following to say:

“Now if we had not signed NAFTA, do you think that we would see cars made in Detroit? Airplanes and jets made in Kansas City?  Tractors in Peoria?  The answer is probably no.”  (Epoch Times, Mar 2014)

She went on to say:

“NAFTA has helped the United States to remain competitive globally so that we have regional supply chains that allow us to compete with China.  More manufacturing in Mexico means more jobs in the United States.”  (Epoch Times, Mar 2014)

“In a relentlessly globalizing world, most jobs that moved to Mexico since NAFTA would likely have shifted to some lower wage country.”  (National Journal, Feb 2014)

The bottom line is that many US manufacturers have come to depend on the low-cost components and subassemblies sourced from Mexico to maintain their competitiveness.  We see this every day at RESCO.  Many of our customers are manufacturing medical equipment and others semi-conductor fabrication equipment.  These customers’ production plants are high-tech, state-of-the-art operations that require a well-educated and well-paid staff…jobs that might not exist if not for the low-cost components they can source from Mexico.  And what we see taking place with our customers is happening in industry after industry.

So as we move through this year’s campaign season and the rhetoric is filling the airways, remember that there is another side to the story on trade with Mexico…the side of just how important our two economies are to one another.  Although this interdependence might not generate the headlines, it is more in line with reality and is critical to maintain if we are to keep manufacturing jobs in the US.