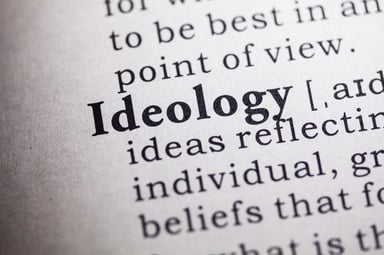 Collins and Porras define core ideology as “the enduring character of an organization – its self-identity that remains through time and transcends product/market life cycles, technological breakthroughs, management fads, and individual leaders.”   They go onto to write that core ideology can generally be broken down into two parts: core values and core purpose.

Core values are the “organization’s essential and enduring tenets – a small set of timeless guiding principles that require no external justification.”   For example, Walt Disney’s core values include imagination and wholesomeness and P&G’s are centered on product quality.   It turns out that all companies have core values (just like people do) although few are able to precisely articulate and cultivate them overtime.  Successful companies’ core values are enduring while other companies’ values seem to be loose and shifting.

So this is all very fascinating but still doesn’t begin to answer the question posed in the title to this blog. Why should you care about your supplier’s core ideology? Assuming the supplier offers the basic product or service that you need, you should care about their core ideology because there is no better predictor of how successful your organization’s relationship with the supplier will be. To be more specific, you are looking for compatibility between the supplier’s core ideology and the values your organization holds.

Before you even try to determine compatibility, make sure that the supplier really knows their core values and purpose.  And by “really knows” I don’t mean that they have a sign in their lobby or a page on their website; I mean do they live their core values and are they guided by their core purpose.  One place to begin this search is the age of the supplier.  Companies that have been around for decades have survived for a reason and most likely that reason is a set of strongly held values and a well understood core purpose. These older companies have had a strong compass to guide them through multiple business cycles and market changes. But young companies can have a strong sense of self too.  In all cases, you can look to the supplier representatives for clues.  Do the representatives that you deal with really understand their company’s core values?  If asked, do they speak about them with passion?  Do these representatives know their company’s primary reason for being…do they know their core purpose?

Once you are convinced that your supplier lives a set of core values and is guided by a core purpose, the next step is determining compatibility.   Do the supplier’s core values mesh well with those of your organization?  Does their core purpose suggest that your relationship will be given proper priority? Sometimes fit is obvious…Disney’s core values of imagination and wholesomeness along with its core purpose to make people happy certainly suggest that a weekend at Disney World will be a lot of fun for a 10 year old.  Other times determining fit requires a bit more work.

So, the core ideology (core values + core purpose) of a supplier does matter to more than just the employees of that supplier. When understood, it can be an excellent predictor of a successful business relationship. And if you sit back and think about it for a few minutes why shouldn’t compatibility with core ideology be an important consideration.  After all, isn’t compatibility of core ideology equally important when you pick your employer?  How about when you select your spouse?