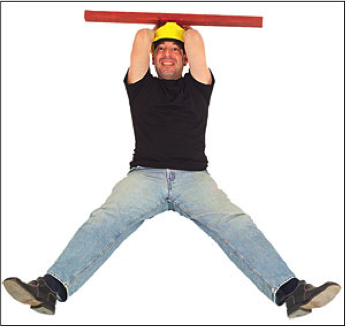 The other day I asked my daughter, a recent civil engineering graduate, whether she remembered the commercial featuring a construction worker hanging by his helmet.  The helmet was adhered to the underside of a steel beam with Krazy Glue.

Given her career choice, (there’s a hardhat in her car at all times,) I was surprised when Emily told me that she had never seen the advertisement.  I then faced the reality that the commercial aired for the first time when I was in high school in the early 1980’s [in the era of the Hair Bands] and that Cyanoacrylates, or CA adhesives, have actually been in use for much longer. In fact, they were introduced in the 1950’s.

An interesting physical deficiency of CA adhesives is their lack of shear strength.  If someone tapped a hammer to the wooden block securing his helmet, the Krazy Glue guy would have plummeted to the ground.  CA’s are great for applications where shear is not a concern.   They are also effective in the short term tacking of components together, when more permanent adhesives will be applied as reinforcement.

When specifying the use of an adhesive in any assembly, a designer needs to consider the strengths and weaknesses of various adhesive choices relative to the intended application.   [And] there are a lot of different adhesives from which to choose. From Anaerobic to UV curing, there’s an alphabet soup of adhesives.  Each has a set of distinct advantages and corresponding disadvantages.

For instance, silicone adhesives offer great flexibility and resistance to extreme temperatures, and also to moisture penetration. In electronics, silicones are convenient for staking wires and components on a printed circuit board.   However, depending upon the substrate to which they are applied, they can be very difficult to rework. With first hand experience, I can assure you that fully removing cured RTV residue from some substrates can be a real challenge. Not to mention that silicones are considered contaminants in some facilities.

Several years ago, I planned the production of GPS based released offender ankle bracelets.   Since they are worn 24/7, they have to be submersible and withstand considerable abuse.  After refining the dispensing process and developing a leak test, the production of thousands of devices to track the whereabouts of released criminals began. The carefully chosen two-part methacrylate adhesive did an excellent job of sealing gaps at several jagged contours of the ABS housing, and it fully fused the housing‘s components when other adhesives would have failed.

Looking back on it though, the methacrylate used on the ankle tags had a flaw that several adhesive types share. Fumes from solvent evaporation and/or curing can be toxic.  Don’t forget to review the MSDS information with your production source, as health and safety precautions may be necessary.

A designer also needs to consider the process by which an adhesive will cure and the impact of that selection on the production process. Standard epoxies, for example, offer high strength and resistance to chemicals and temperature. However, they can be slow to fully cure; thus hampering volume production efforts.  You might consider hot melts, which offer many of the same strengths, particularly if your product is intended to operate in room temperature environments. [up to roughly 120F if high temperature hot melts.]

In recent years an increasing number of adhesive categories have become available in versions with UV light curing properties.   You can enjoy the advantages of a longer setting adhesive with greatly reduced cycle times. A UV light source is passed over freshly applied adhesive to accelerate its curing rate.  At RESCO, we have used such a UV wand to speed the curing of several adhesive types.

If you have an upcoming project involving adhesives, discuss them with your contract manufacturer.  They may have input with regard to equipment constraints and should have firsthand experience that may influence your selection. And contact me if you’d like to discuss your next project…I’ll be hanging around. 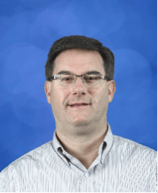 Chuck Gladstone is the Production Manager of RESCO Electronics, a manufacturer of electronic assemblies and a value added reseller of auto ID equipment.

At the University of Maryland, Chuck majored in Industrial Technology, a program within the school of Education. He also holds a Masters degree in Administrative Science from Johns-Hopkins University.